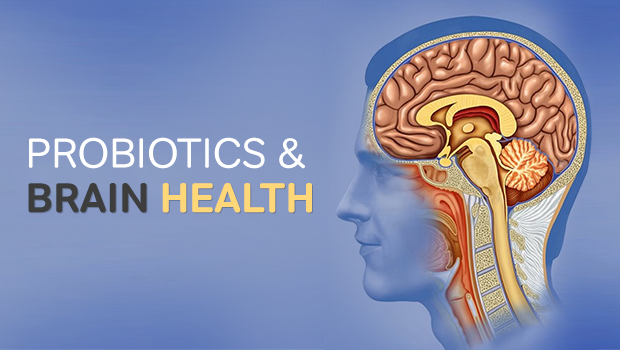 The skin and mucosal surfaces of vertebrates contain an extensive array of microbiota encompassing bacteria, fungi, parasites, and viruses. In particular, more than 100 trillion bacteria reside in the human gastrointestinal tract, which is remarkably 10–100 times more than the quantity of eukaryotic cells in our bodies. Colonization of gut microbiota begins at birth and is established by the first three years of life. It is clear that gut microbiota composition modifies as its host matures and is relatively stable from 20 to 75 years old Numerous years of co-evolution have led to a mutualistic symbiosis between host and microorganism.

In 2001, the Food and Agriculture Organization of the United Nations and the World Health Organization (FAO/WHO) proposed the following definition of probiotics: “live micro-organisms which, when administered in adequate amounts, confer a health benefit on the host.

Most probiotics are from the genus Lactobacillus or Bifidobacterium, which lack the external proinflammatory lipopolysaccharide chains found on pathogenic bacteria, such as E. coli and Salmonella. The host gut, therefore, is tolerant to extensive colonization by beneficial bacteria, which lower the risk of infection by competing with pathogens. These innocuous species are detected and monitored by the intestinal immune system from early-life, but do not illicit an immune response because they lack the necessary inflammatory elements, whilst supporting the development of a robust anti-inflammatory immune response that minimizes damage to the gut.

Using metagenomic sequencing on faecal samples, the number of microbial species present in the adult gut has been estimated to be around 1000, with each individual harbouring roughly 160 of these species. The composition of the gut microbial community is dynamic and affected by numerous factors including maternal transmission, GI infections, genetics, age, stress, diet and medication.

As such, gut microbiota contribute to various important developmental and homeostatic processes in adult life. For example, they influence metabolism by breaking down complex polysaccharides in the diet. In addition, microbiotas regulate gut motility, GI barrier homeostasis and fat distribution. Their influence further extends to immunology through the development of gut-associated lymphoid tissues and prevention of pathogen colonization. Probiotics, comprised by strains of Lactobacilli, Bifidobacteria and Saccharomycetes have been suggested to play a role in fighting human diseases, such as non-alcoholic fatty liver disease (NAFLD), allergy diseases, and asthma. They also promote protection against atopic disease in the infant during pregnancy and breastfeeding. In addition, probiotics also reduce the duration of antibiotic therapy, and reduce symptom severity in immune-related diseases, such as inflammatory bowel diseases (IBDs), celiac disease, metabolic syndrome and diabetes

The connection between the CNS and GI tract is well established and essential in the modulation of gut function and homeostasis. Apart from research into the role of the gut-brain axis relating to these functions, there has been recent emphasis on how these interactions affect other aspects of human health, such as mental health. It is now known that the reciprocal communication between gut and brain involves neurological, metabolic, hormonal, and immunological signalling pathways and disturbance in these systems can result in altered behaviour. For example, gut inflammation is associated with changes in gut-brain interactions and there is a high co-morbidity between inflammatory bowel disorder with anxiety. The complex relationships between gut flora and the host have given rise to the notion of the microbiota-gut-brain axis.

Depletion of a normal gut microbiome in early life, especially during the post-weaning period, may affect the configuration of cognitive and social behaviours in the brain through the alteration of neuropeptides such as vasopressin and oxytocin. In fact, there is a potential role of intestinal flora in the complex pathophysiology of autism spectrum disorder (ASD), a neurodevelopmental condition characterised by significant social and behavioural impairments, dementia, major depressive illness and schizophrenia

One aspect that has been researched in several studies is the role of the vagus nerve. Also known as the tenth cranial nerve, it is responsible for the function of several organs, including the control of the heart rate and gut motility. The vagus nerve also conveys peripheral immune status to the central nervous system, for example by signalling the presence of pro-inflammatory cytokines, for instance IL-1. Vagus dependent pathways have been shown to be involved in microbiota-brain communication, with vagotomy preventing microbiota-modulated changes in behaviour.

Other groups have shown that gut microbes can also regulate the permeability of the blood brain barrier (BBB), a highly selective barrier essential in protecting the brain from potential toxins. Given that the function of both the BBB and microglia may deteriorate through age, these mechanisms are particularly relevant with regards to the role of microglia in elderly cognitive decline.

Yogurt, buttermilk, Kefir, Sauerkraut ,Tempeh, Kimchi, Miso, Kombucha, and Natto are some of the examples of naturally available probiotic sources which if taken in regulation can have a beneficial effect on gut and brain health.

There are commercially available probiotics in capsule, tablets and liquid formulations which are used in gastrointestinal disorders with considerable benefit. In terms of the potential treatment strategies for brain health and disorders, there is currently very limited research of the long-term effects of many of these agents in human populations. Investigation of probiotics is further hindered by the varying quality control and efficacy of such a large family of compounds. It is also important to note that achieving a risk reduction in a certain disorder may concurrently increase the risk for another, as many of the disorders involving the microbiota-gut-brain axis have diverse pathophysiological mechanisms and risk factors. Another point to consider is that of the dose and timing of probiotic and dietary interventions.

You can consult and book an appointment  – CLICK HERE

Please share your query with us, we will be more than happy to help you.