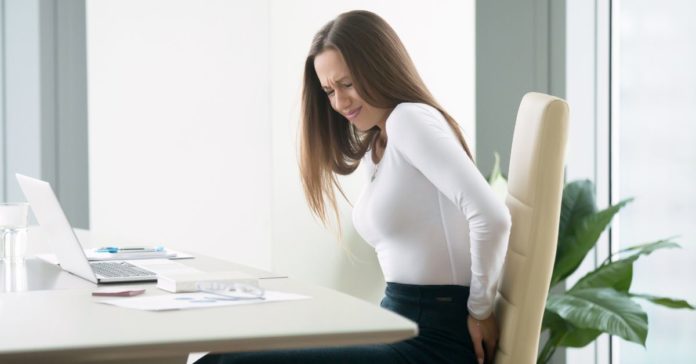 Hemorrhoids can become prolapsed and protrude out of the anus or rectum if they go untreated for a long time or are put under increased physical strain. Prolapsed hemorrhoids are usually not painful, but they can cause discomfort, bleeding, and itching, making sitting, using the bathroom, and going about everyday life difficult.

Prolapsed hemorrhoids can often diminish on their own or with at-home treatment. Medical or surgical intervention may also be required when veins inside the rectum swell and burst out.

The following are the most prevalent symptoms of prolapsed hemorrhoids:

Hemorrhoids are uncomfortable, but they are not life-threatening, and they usually go away without treatment.

However, if the patient has any bleeding or black bowel motions, they should visit a doctor. Bleeding can be caused by a variety of things other than hemorrhoids, so it is important to get it checked out.

There are some possible causes of prolapsed hemorrhoids, which are:

Hemorrhoids are more likely to develop if someone does a lot of heavy lifting, are obese, or puts the body under a lot of stress.

Hemorrhoids are more likely to occur in women who are pregnant.

Most prolapsed haemorrhoids will shrink and return to normal on their own, but if the hemorrhoid persists, the patient may require at-home remedies, medication, or surgery.

There are a number of medical options available for the patient’s treatment, including:

The self-care measures listed below can help shrink or prevent a prolapsed hemorrhoid from worsening.

A prolapsed hemorrhoid that cannot be treated with more conservative treatments may need surgery  to shrink, eliminate, or reduce blood flow.

To avoid hemorrhoids, go to the bathroom as soon as there is sense that  a bowel movement coming on. To avoid constipation, exercise often and avoid sitting for lengthy periods of time, especially on hard surfaces like concrete or tile.

Fiber-rich diets can help to reduce the chance of having hemorrhoids in the future. Dietary fiber comes from a variety of sources, including:

Dietary fiber helps the intestines build stool bulk, which softens the stool and makes it easier to pass.

Lumps on the anus, soreness, itching, and bleeding are the most frequent symptoms of prolapsed hemorrhoids. These symptoms aren’t life threatening, but they might make it difficult to do things like sit and go to the bathroom.

Hemorrhoids can prolapse due to a high-fat/low-fiber diet, dehydration, lack of physical exercise, diarrhea, constipation, abuse of anti-diarrhea drugs, old age, and pregnancy. Treatment may include self-care measures, drugs, treatments, or surgery, depending on the severity of the hemorrhoid.