All About Trigeminal Neuralgia 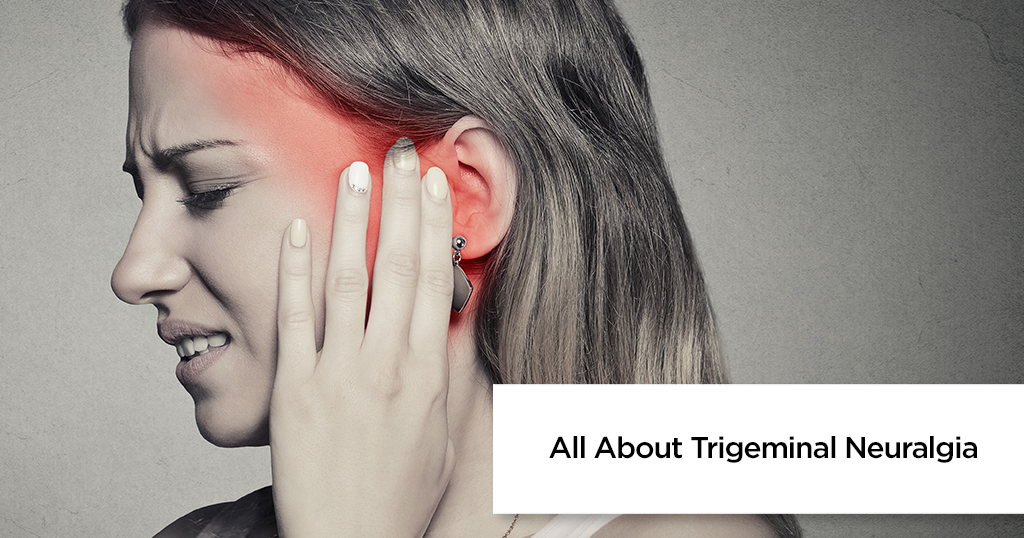 What is Trigeminal Neuralgia?

The trigeminal nerve refers to a paired cranial nerve (emerging directly from the brain) with three major branches. Trigeminal neuralgia (TN) is a neurological condition, originating from the trigeminal nerve that causes intense, electric-shock like pain in the face. TN is known to be more prevalent amongst women and usually occurs after the age of 50, although it can strike at a younger age as well.

Signs and Symptoms of Trigeminal Neuralgia
The most obvious symptom of this disorder is intense facial pain. These episodes of pain can last anytime between a few seconds to minutes or even hours. Often, there are certain spots on the face that are highly sensitive and even the slightest touch can trigger off intense pain. Many patients experience the pain sensation even without any external stimulation.

The pain could hit the face at any point that is supplied by the trigeminal nerve, including the cheek, jaw, teeth, gums, lips and rarely even the eye and forehead area.

If these episodes of pain occur frequently and become more and more prolonged, it’s time to see a doctor. Another symptom of TN is that regular painkillers are unable to relieve the facial pain.

In many cases, TN is caused when a normal blood vessel like an artery or vein comes in contact with the trigeminal nerve, causing pressure on the nerve that leads to malfunction.

Ageing can be a cause if TN, although people below the age of 50 can also be afflicted by it. It is seen that people suffering from multiple sclerosis (MS) may have TN, although the reverse is not true, i.e., TN is not a symptom of MS.

Various triggers may set off the pain of trigeminal neuralgia, such as:

Studies suggest that an early and swift diagnosis of TN is very important. This is because as the disease progresses, reversing it becomes more difficult.

Unfortunately, TN is often misdiagnosed, as there are no conclusive physical or laboratory tests for the disorder.

If a doctor suspects TN, he or she will probably do the following exams:

Medical treatment: Most TN sufferers are put on a course of anticonvulsants, and/or muscle relaxants. Anticonvulsants can lose effectiveness after continuous use and the antispasmodic agents (muscle-relaxants) can have side effects like confusion, nausea and drowsiness.

Alcohol injections can also be given to provide temporarily numb the affected areas of the face and provide some relief. Since this pain relief isn’t permanent, repeated injections are given to the patient.

Surgical treatment: Surgical options include cutting or destroying part of the trigeminal nerve or to remove the blood vessel or tumour that was putting pressure on the nerve.

Gamma knife or stereotactic radiosurgery includes focusing high-powered X-rays on a small area of the body and is one of the most effective and frequently used methods of combating TN. This procedure is painless and done without anaesthesia and side-effects occur in less than 5% of the people who go through it.