Common Cause of Sudden Cardiac Dysfunction 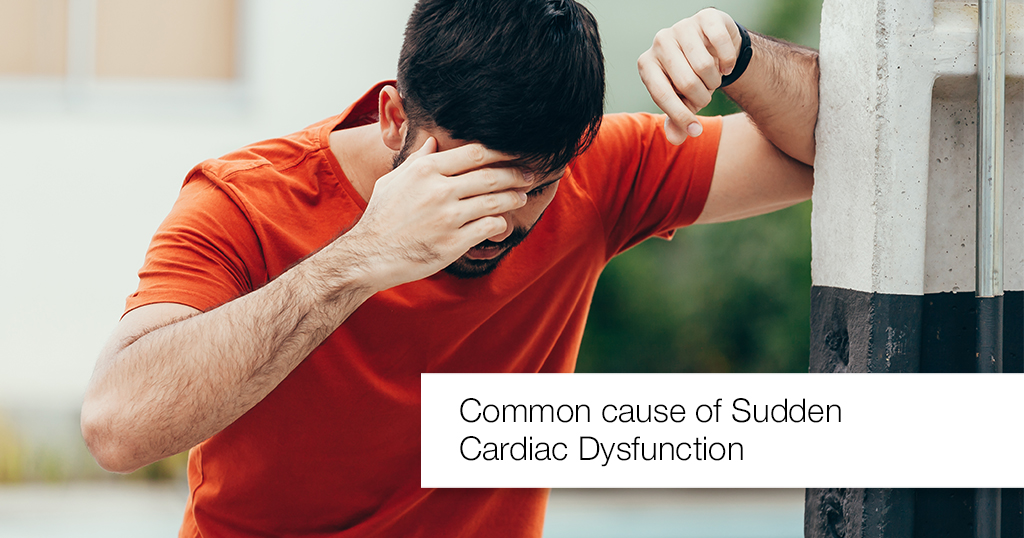 Sudden Cardiac Dysfunction/Arrest is probably one of the largest causes of natural death in the world. This kind of heart failure is known to occur most commonly in adults within the middle age range of mid 30s to middle 50s. This condition is seen twice as much in males than females. This dysfunction of the heart leads to the abrupt stoppage of the heart functions, loss of breathing and consciousness. It could lead to death if not treated immediately. So, let us take a closer look at what it actually is.

What is Cardiac Dysfunction:

Most of you might mistake SCD to be a scientific medical term for heart attack. But in reality, they are two completely different heart conditions. Heart Attack or ‘Myocardial Infarction’ takes place when there is a blockage in any one of the coronary arteries, preventing the heart from getting sufficient amount of oxygen-rich blood. On the other hand, sudden cardiac arrest occurs when there is a malfunction in the electrical system of the heart. This leads the heart to beat dangerously and extremely fast. As a result, the ventricles start to quiver – a condition known as ‘ventricular fibrillation’. The first few minutes are very crucial as the blood flow to the brain gets cuts down drastically and the person loses consciousness, which can ultimately result in death.

In many cases, sudden cardiac arrests take place without any prior symptoms and signs. But sometimes there are drastic signs and symptoms, such as:

There are quite a many factors which could increase a person’s risk of sudden cardiac arrest and consequent death. These include:

In case of such an emergency situation, first of all, you should dial the local emergency personnel number and then do the following. Emergency treatment for Sudden Cardiac Arrests is cardiopulmonary resuscitation (CPR) and defibrillation. CPR is a manual process of repetitive chest pressing and breathing into the mouth which helps to supply oxygen to the lungs and to the brain. Another way to restore the normal rhythm of the heart is with the help of an electric shock to the chest i.e. Defibrillation. Survival of a sudden cardiac arrest is as high as 90% if the above measures are taken in the first few minutes.

Now that you know all about SCD and the crucial role of time in it, your can educate as much friends and family about the condition and immediate care required. You could also put in efforts to reduce your own risk of a sudden cardiac arrest by living a healthy lifestyle, being screened for heart conditions regularly, and going for regular check-ups to your physician.

A Celebrity Fitness Coach has a Heart Attack While Climbing Stairs. Read more to avoid making the same mistakes that he did!

This Medical AI Program is Saving lives! Here’s why you need to read this right now