How Does Drug Abuse Affect Your Brain? 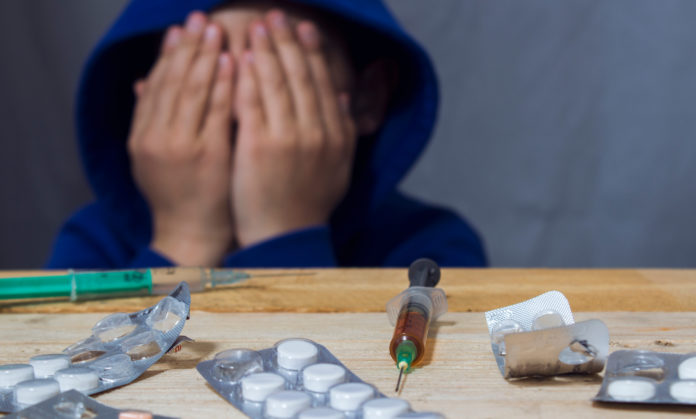 The human brain is one of the most complex organs. Scientists and researchers are still trying to understand the full extent of the abilities and how our brain works. It handles and regulates all the rest of the body’s functions while also being responsible for cognitive thought.

The brain works tirelessly throughout your life, even when you are asleep. It receives information from your environment from a host of receptors, processes the data, and processes it to aid in optimal functioning.

In recent years, neurologists and psychiatrists have classified drug abuse, also referred to as substance use disorder, as an illness as it affects the brain’s neurological functioning. Let us understand how drug abuse can affect your brain in the short and long term.

Drug Abuse and the Brain

The abuse of drugs can cause severe harmful effects on an individual’s life. Apart from this, it can also affect the brain of the patient. Drugs include alcohol, nicotine, and painkillers, and not just illegal drugs like marijuana, heroin, or cocaine. Drug abuse affects three areas of the brain:

Essentially, drugs that are abused ,  are chemicals that interfere with the brain’s regular functioning. They can affect the transmission of signals between the nerves and the brain and tamper with the brain’s ability to process  information.

Different types of drugs have different effects on the nervous system. Some mimic the brain’s natural neurotransmitters, which causes the nerve cells to send out abnormal messages to the brain. Others overstimulate the production of dopamine, which is responsible for making us feel good. In such cases, the signals received by the brain are exaggerated.

Substance use disorder or Drug Abuse can present itself like most other addictions, along with specific unique physiological symptoms. Here is a list of symptoms for drug abuse:

In case you suspect a close loved one of suffering from drug addiction, you can look out for the following signs:

While anyone can suffer from substance use disorder, certain factors make some people more susceptible to addiction. Some of these factors include:

Unfortunately, there is no one-size-fits-all treatment for drug abuse. Based on your history and circumstances, your doctor recommends a combination of treatments that can help you fight the addiction. It is important to note that addiction is a difficult disease and requires a lot of commitment from the addict’s side.

Some of the common treatments used in addressing drug abuse include:

Drug abuse can have long- and short-term complications, especially when combined with other harmful substances like alcohol and other drugs. Some of these complications include:

Drug abuse victims will often find that their behavior increasingly becomes erratic and puts them in harm due to increased risk-taking and poor cognitive thinking. Outcomes arising from such behavior are severe enough and frequent enough to be a part of drug abuse complications. These include:

The best way to prevent drug abuse is abstinence. If you have been prescribed any medication by your doctor, discuss becoming addicted to the same. They might prescribe a different class of medication or treatment that will not risk addiction.

Some steps you can take to prevent drug use in children and teenagers are:

A drug addict will fight their addiction for the rest of their lives. Here are a few ways in which you can prevent a relapse:

Can someone die from drug abuse?

Unfortunately, many thousands of people, both young and old, die each year from drug abuse. While a significant majority of those deaths result from an overdose, many are also caused due to a sustained abuse of drugs.

Addiction is a chronic brain condition where the patient repeatedly seeks out the drug despite knowing its harmful effects. While the drug’s first use might be voluntary, over time, the substance will cause dependency on the patient.

How do I know if someone has a drug problem?

As a general rule of thumb, if the person is exhibiting sudden and unexplained behavior changes, they might be abusing drugs. These changes include an unkempt appearance, missing school or work, and mood changes and interactions with others.

How can I help someone who has a drug problem?

The first thing you must do is offer your support and get in touch with trained medical professionals for immediate help. Provide support and encouragement to them as they begin their journey to recovery.

What Makes Video Games an Addiction? Does it lead to “Gaming Disorder”?

Watch your water intake this winter!

Side Effects of Body building Powder and Supplements

Fight Sleepwalking (Somnambulism) and Have a Good Night’s Sleep

How To Avoid The Most Common Winter Illnesses