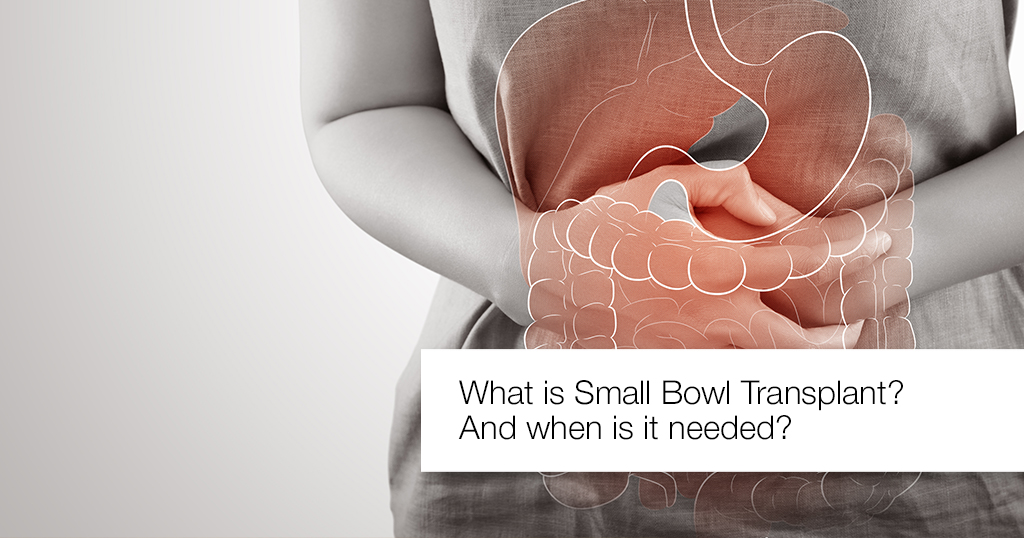 What are the signs of small bowel (Intestinal) failure?

What is Small bowel transplant?

Small bowel or intestinal failure means that the bowel is unable to absorb from food, the nutrients, fluids and electrolytes that are essential to live, due to short bowel syndrome or a non-functional bowel. In such condition patient is provided nutrients by TPN (Total Parenteral Nutrition) i.e. nutrients are supplied directly into a vein (Intravenous), in the form of liquid.

In small bowel (intestinal) transplant, the diseased or shortened small bowel is replaced with a healthy donor’s bowel. A small bowel transplant surgery is performed under general anaesthesia. Patient’s diseased bowel is removed; recipient’s blood vessels and digestive tract are connected to the donor’s intestine (to establish blood supply). There are three types of transplant procedures:

When do you require a small bowel transplant?

For patient suffering from short bowel syndrome, the large part of their small bowel is either surgically removed or not functioning properly due to:

In most of the cases for patients suffering from short bowel syndrome, TPN is needed. However, long-term TPN can cause some life-threatening complications like:

Small intestine is a principal organ is the digestive system and is necessary for living, unlike esophagus and large intestine, which can be surgically removed if necessary. Small intestine transplantation continues to evolve as a surgical procedure. It gives hope for patients with complication due to chronic TPN. Hence, small bowel transplant has been successful for increasing survival and providing better quality of life.

What is Heartburn or Gastroesophageal Reflux (GER)?