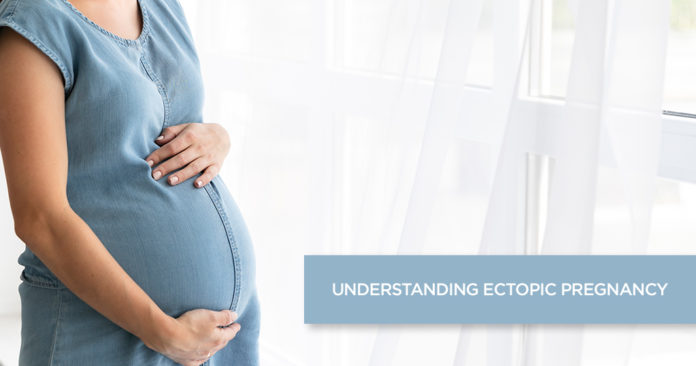 In many instances, the fertilized egg attaches itself outside the uterine wall – in the fallopian tubes, cervix, etc. When this happens, it is called an ectopic pregnancy.

How common is it?

An ectopic pregnancy occurs in about 1 in every 50 pregnancies and needs immediate attention. The reason being that this type of pregnancy cannot proceed normally and can lead to excessive bleeding, which is a medical emergency.

Based on where the fertilized egg implants itself outside the uterus, ectopic pregnancy can be of the following types:

● Non-tubal Pregnancy: This type of pregnancies account for about 2% of all the ectopic pregnancies. The fertilized egg in these cases can attach itself to the cervix, ovary, or anywhere in the abdominal wall.

● Heterotopic Pregnancy: In very rare cases, one egg implants in the uterine wall but the other implants itself outside of the uterus.

Symptoms of an ectopic pregnancy

● Urge to have a bowel movement

● Referred pain on the shoulder

Certain symptoms depend on where the blood collects and which nerves are irritated.

If the fertilized egg keeps growing in the fallopian tube, it can lead the tube to rupture. There is a possibility of heavy bleeding inside the abdomen. Symptoms of this life-threatening event include extreme lightheadedness, fainting as well as shock.

If you suffer from any of these symptoms, seek medical help immediately.

What Causes an Ectopic Pregnancy?

What causes an ectopic pregnancy is still unclear. However, certain causes have been linked to it:

● Previous history of an ectopic pregnancy

● The shape of the fallopian tubes

There are a few risk factors that are linked to an ectopic pregnancy. Some of these include–

5. History of pelvic or abdominal surgery.

6. In few rare cases, conception occurs despite tubectomy or placement of an Intrauterine Device(IUD), leading to an ectopic pregnancy.

If you have one or more of these risk factors, it may be a good idea to discuss with your doctor to avoid serious complications.

How is an Ectopic Pregnancy Diagnosed?

Apart from this, your doctor will also advise you to undergo a few blood tests to determine progesterone and hCG levels. If these hormones’ levels are less or decreasing, it may indicate the absence of the amniotic sac.

Your doctor will also perform a transvaginal ultrasound by inserting a lubricated wand-like ultrasound head into your vagina to better view the amniotic sac inside the uterus.

However, in cases where the symptoms are very severe, there might not be enough time to perform all the evaluation steps. You may be taken in for an emergency procedure.

Though still considered to be a pregnancy, ectopic pregnancies are unsafe for the mother and the fetus. The fetus in these cases rarely reaches full-term and needs to be aborted. For this reason, ectopic pregnancy requires prompt treatment. This include–

If the ectopic pregnancy is diagnosed before it becomes an emergency, your doctor may prescribe you medications to prevent the rapid division of cells within the ectopic mass. This medication will cause cramps, bleeding, and enable the ectopic tissue’s easy passage – similar to a miscarriage.

In many cases, however, surgery is preferred over medications. In this case, the ectopic mass is removed surgically laparoscopically.

After the ectopic mass has been removed, your doctor will advise you on some post-treatment instructions and signs to watch out for.

● You must not lift very heavy weights(>10 pounds).

● Keep yourself hydrated and drink lots of fluids to avoid constipation.

● Avoid having sex, using tampons, and give your pelvic region some rest.

● Complete rest one week after the surgery or miscarriage and incremental increase in activity slowly.

Having had one ectopic pregnancy puts you at an increased risk of having a subsequent one, but that must not stop you from trying to conceive again. Once you have completely recovered from the surgery, you must visit your doctor before you try conceiving again. There is no way to completely prevent an ectopic pregnancy, but you can reduce the risk factors that can lead to it.

You must know that after an ectopic pregnancy, it is possible to have healthy, full-term pregnancies subsequently. If you have any queries, contact our team of Obstetricians and Gynaecologists at Apollo Hospitals to guide you through your pregnancy.

1. Does an ectopic pregnancy damage the fallopian tube?

2. How common is an ectopic pregnancy?

Book an Appointment with Gynacologist

The content is verified by our experienced Gynecologists who also regularly review the content to help ensure that the information you receive is accurate, evidence based and reliable